SkyBox 360/VR Transitions is a set of seamless transitions for cinematic 360|VR Production in Premiere Pro.

They can be applied to as transitions to stitched 360° footage with no distortion.

Buy the SkyBox Suite Bundle and save 50% 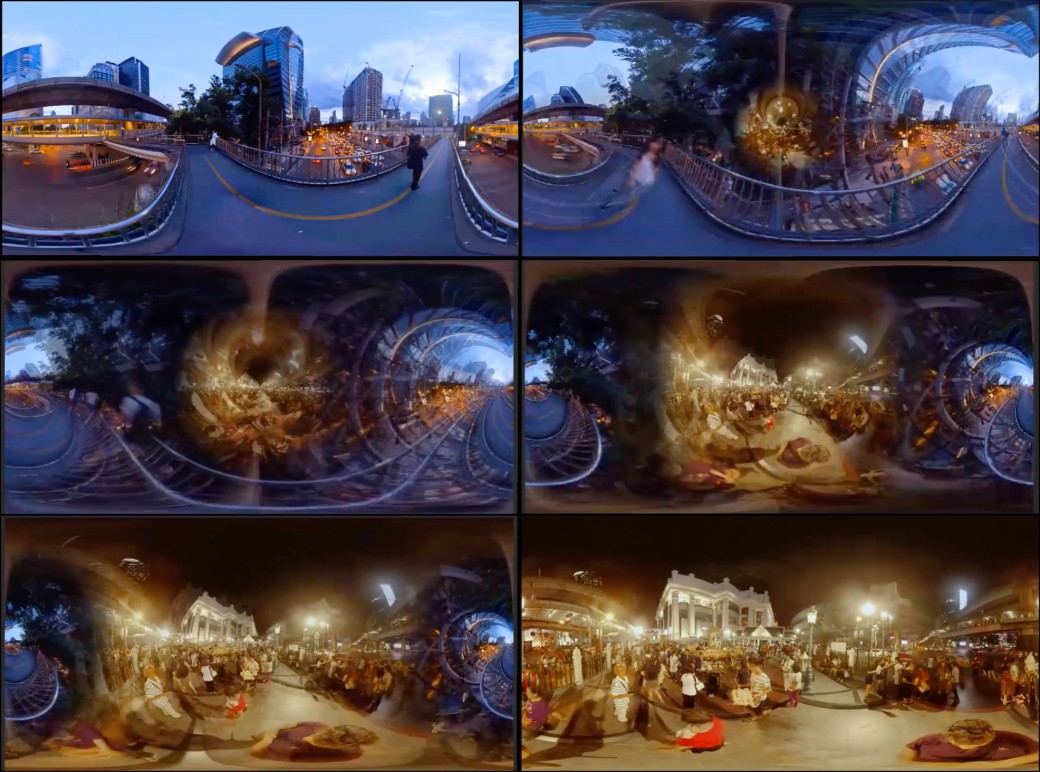 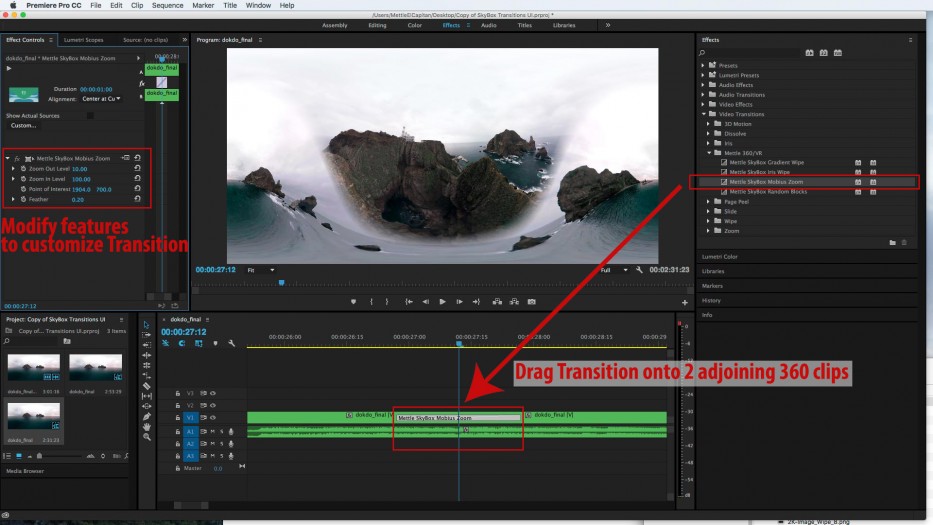 Change Point of Interest, region of Equirectangular footage where transition originates
Vary “Zoom In” and “Zoom Out” level of footage
Feather control for Transition edges. 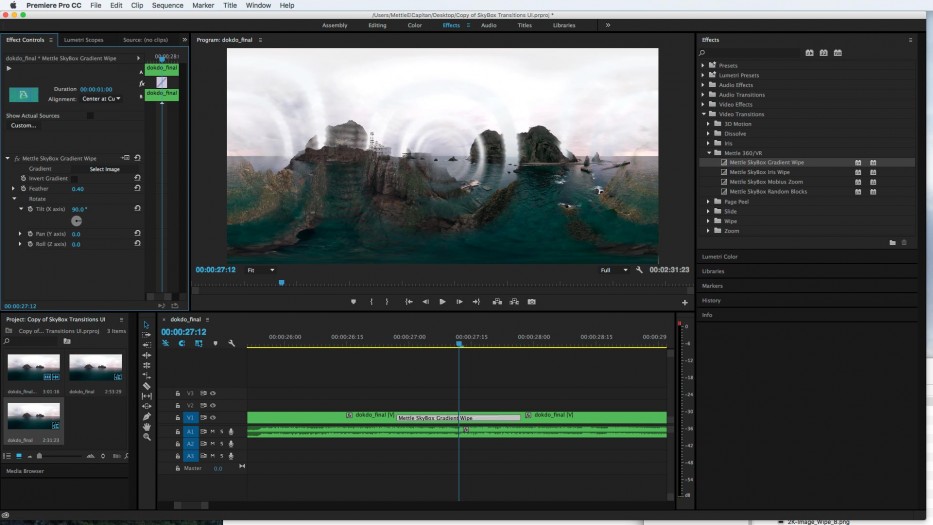 Import an Equirectangular image to use as a transition
Rotate Transition on the X, Y, and Z axis
Feather control for Transition edges.
Gradient wipe can be inverted 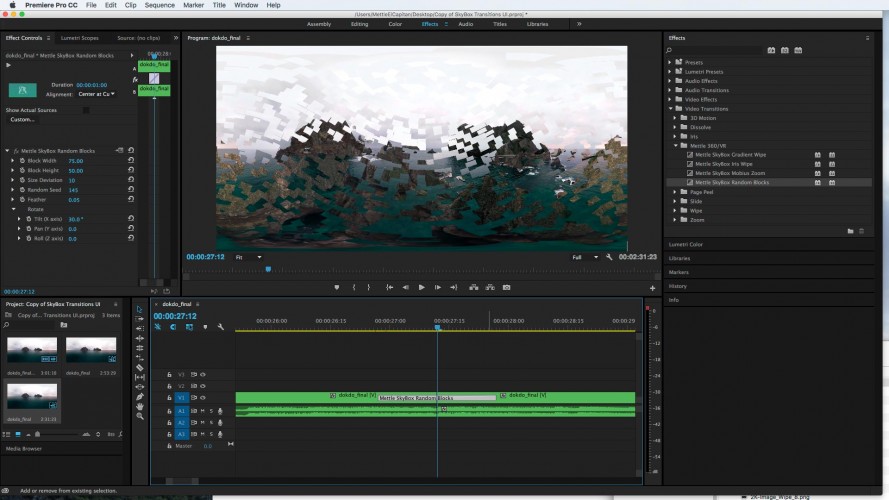 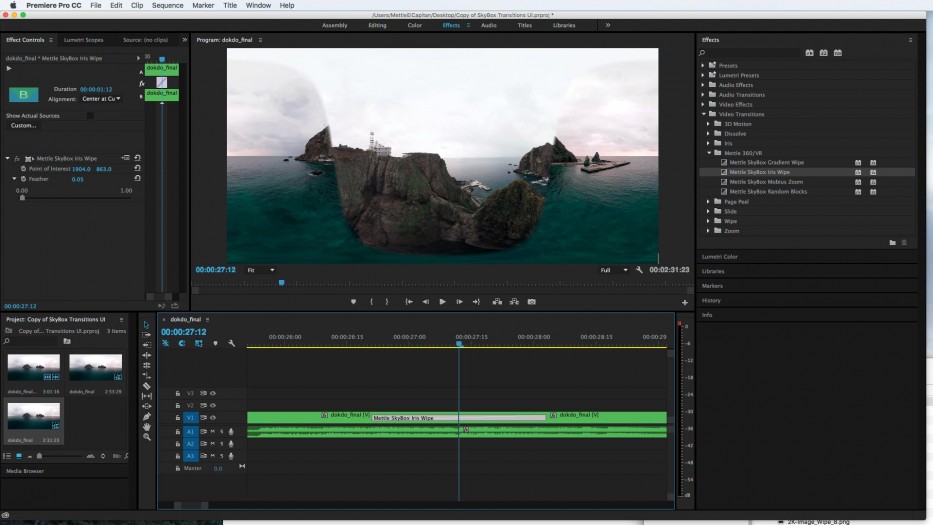