LAST DAY! Our last Summer of Sales is ON NOW. Save up to 30%*. Click for details

Connect your Oculus Rift to Adobe After Effects, Premiere and SpeedGrade.

Yes, it's Free! It's part of our ongoing commitment to creating tools for 360 | VR content production.

By downloading the license, you agree that Mettle will be sending you promotional emails from time-to-time, with timely and relevant info. Mettle will never spam or share your email address. You can unsubscribe at any time.

*Requires an Oculus Rift (not included). Made to integrate with mettle SkyBox and SkyBox Studio, 360/VR plugins for After Effects. Compatibility: After Effects CC 2014+ Premiere Pro CS6+, (Windows Only)

SkyBox VR Player downloads and installs like a plugin.

Once installed, the interface window appears when you launch your Adobe software. Follow the instructions in the pdf manual (which downloads with license) to customise your interface.

Buy the SkyBox Suite Bundle and save 50% 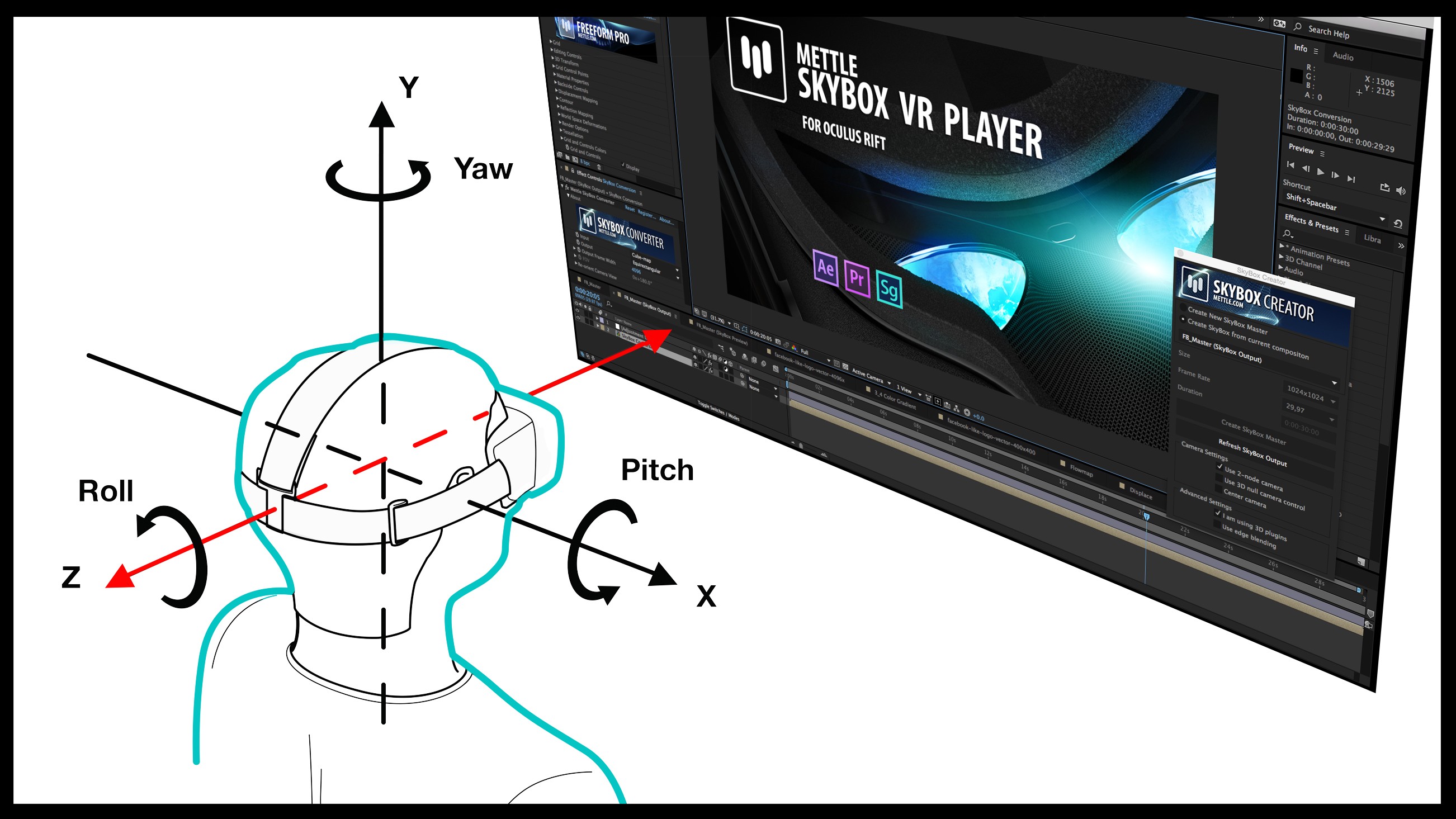 * Virtual keyboard is shown in a workspace mode during key presses.