Our Cyber Week Sale is starting on Cyber Monday Nov 30. Everything will be on sale*. Get Ready!

June 2017 Update to After Effects CC Is Now Available

Posted in News After Effects by Victoria Nece on June 13, 2017 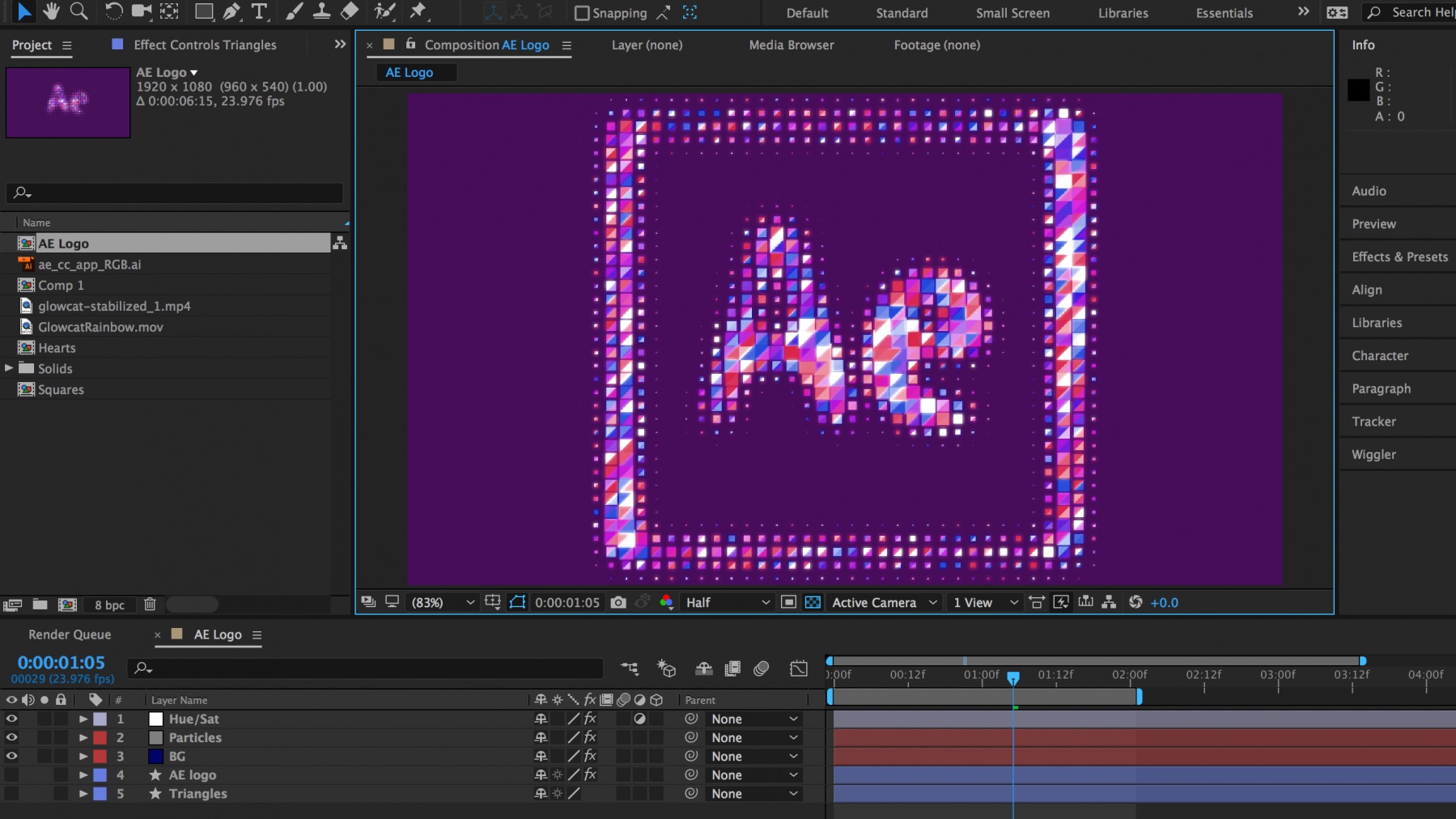 Earlier today, we released an update to the 2017 version of After Effects CC. This update, version 14.2.1, includes significant performance enhancements as well as bug fixes, and is recommended for all users.

Motion Graphics templates now render up to 4x faster, and Adobe Illustrator and PDF file import are much faster as well, especially for complex vector graphics. 14.2.1 also fixes several key issues, including “2 or more frames to play back” memory errors, Camera-Shake Deblur effect rendering above 8bpc, and copy-paste of Premiere Pro graphics objects into After Effects.

You can install the update through the Creative Cloud desktop application, or you can check for new updates from within any Creative Cloud application by choosing Help > Updates. Please note that it can take 24 hours or more for all of our global data centers to receive the update. If the update isn’t available for you right now, please check back later.

If you want to ask questions about these new and changed features, come on over to the After Effects Forums. That’s the best place for questions. Questions left in comments on a blog post are much harder to work with; the blog comment system just isn’t set up for conversations. If you’d like to submit feature requests or bug reports, you can do so at this page.

Victoria Nece is the Product Manager for motion graphics and visual effects. In a previous life, she was a motion designer for documentaries, as well as a developer of scripts and extensions for After Effects.