Posted in Inspiration Compositing After Effects by aescripts + aeplugins on December 19, 2016

Charbel Koussaifi created a fun 360° Star Wars short clip that combines two favourite characters, BB-8 and R2-D2.  He used After Effects, with 3D models from Video Copilot, and SkyBox Studio to create the 360° environment. E3D works well with SkyBox Studio, so it’s relatively easy to bring your After Effects comp into 360°.

Charbel shares his workflow on the project, so we can see how it’s done.

Workflow for the sequence: 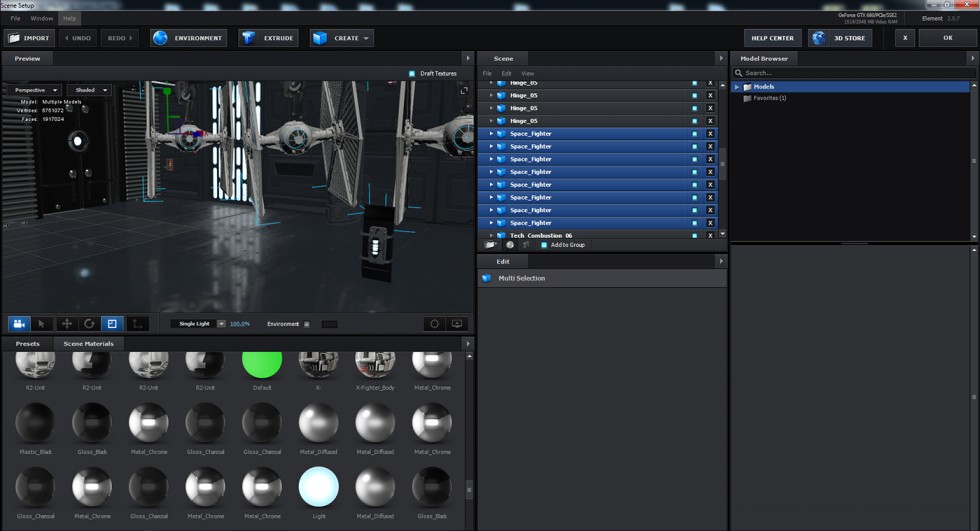 Creating the 3D Environment in After Effects with Element 3D. 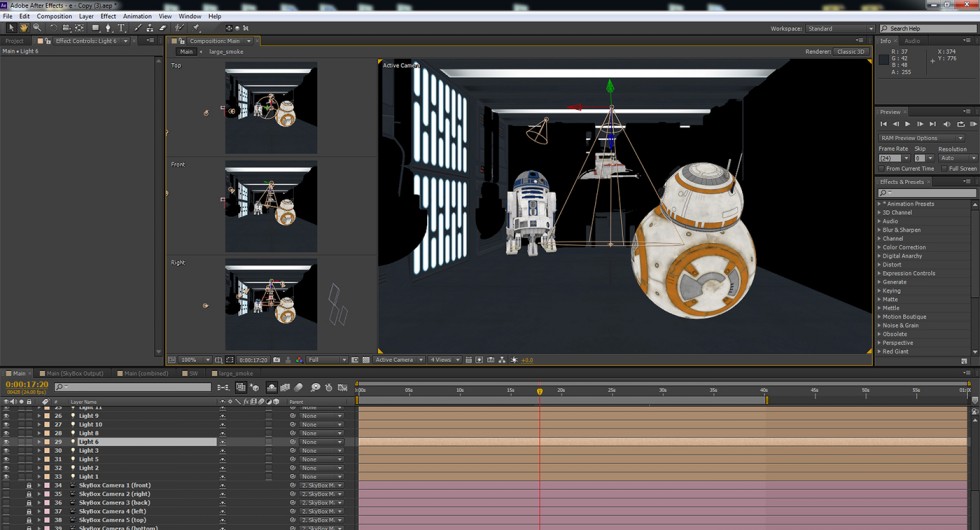 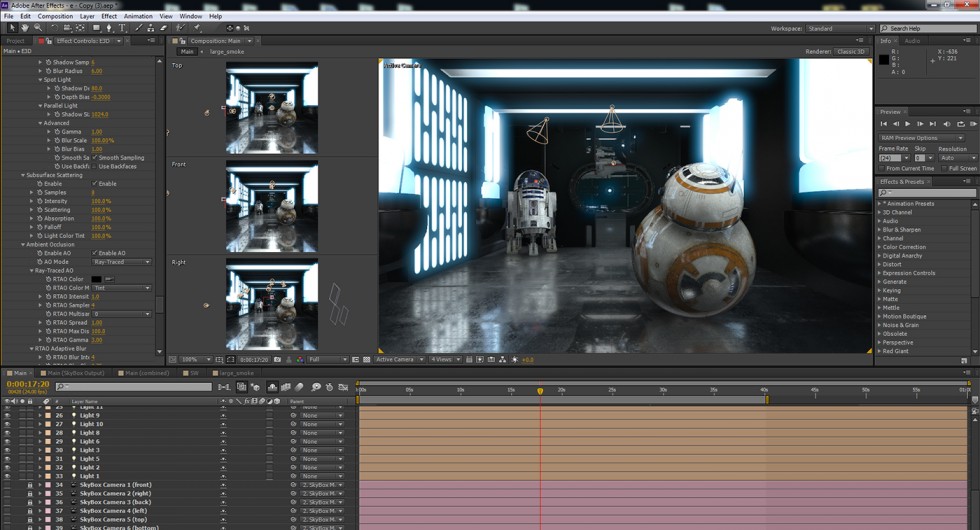 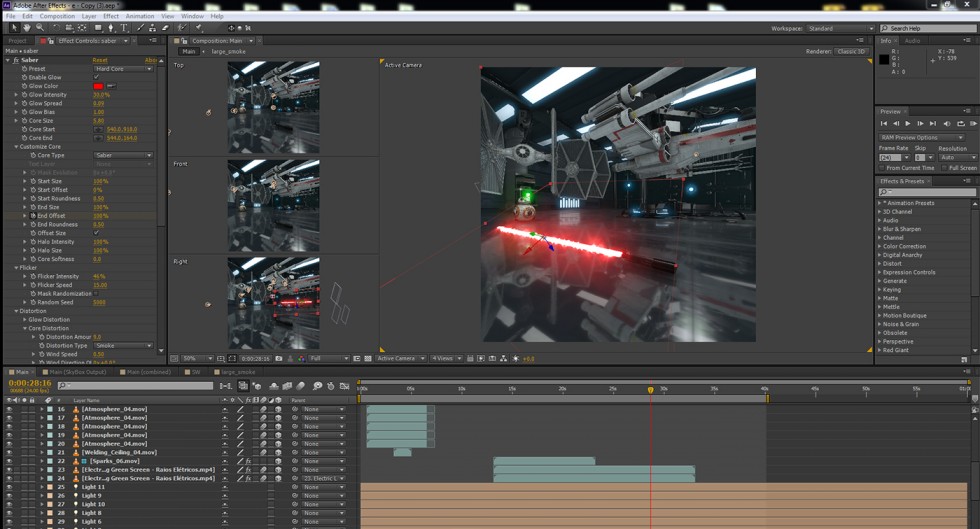 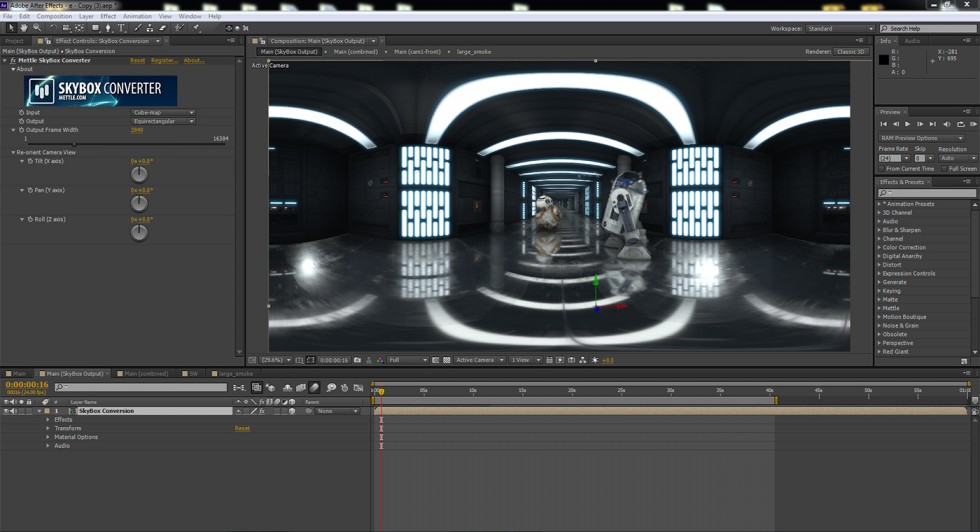 Charbel wants to live in a world filled with amazing videos, films with no plot holes and a force field around his computer that repels software crashes and computer viruses.

When he’s not creating amazing videos to help business owners get better media coverage, you can find him cheering on his favorite MMA fighter or contemplating the ending of inception.